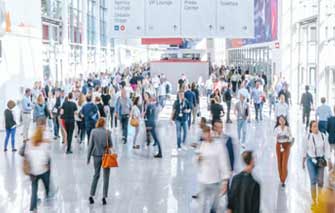 Taking India’s best IT exhibition to a new high

It was in the year 1993, that as a Chairman of MAIT (Manufacturer’s Association of Information Technology), I was in-charge of one of the biggest IT exhibitions of India. Unfortunately, till then this fair was done on a small scale. It was more like an annual exhibition of IT companies of India that came with their products and the exhibition was held in a small hall in Delhi with chief guests selected from the bureaucrats of different departments.

However, I wanted to take the exhibition to a completely different level and proposed it to be Pan Asia. I wanted to invite all IT players from South Asia too, so that they could come with their products to India. This was also the time when Indian markets were gradually opening up to global trade and that made all the difference. I too wished to bring in that global impact. So long this exhibition was named as per the year it was held. Like IT-91, IT-92 and so on. I decided to name it BIG – IT Asia! Not just that, to infuse further positive energy into it, I even proposed to call the Prime Minister of India to inaugurate the exhibition. Many laughed at my proposal and were sure he will not come.

However, I was confident if we can convince upon him the importance of this exhibition, he would definitely come. I even changed the venue and took that too to a different format — I chose Pragati Maidan, one of the best venues for any large-scale exhibition, with stalls, auditorium, huge space and so on. The best part was it had independent power generation facilities that was needed to showcase the various hardware products at different stalls. And we did it in a very professional way, hiring event managers, PR persons and so on.

Indeed, I could convince the then Prime Minister PV Narsimha Rao, who agreed to come. The only hiccup was when a day before the exhibition, Vikram Kaul, the Superintendent of Delhi Police came over and told me its not possible to allow the Prime Minister to come to the exhibition for security reasons. On probing I realized he needed 12 hours to sanitize the place and I promised him all the workers who were doing the decorations will be pulled out by midnight and the place will be for him. Only executives of the stalls with their cards will be allowed and I even volunteered to man the entrance. He agreed and the PM came. The exhibition was a runaway hit.

IT -Asia next year was also a big success under me and Pranab Mukherjee was the chief guest. This was also the year when I launched Dell in India and it was showcased at the exhibition. However, by next year I resigned from PCL and also from the post.