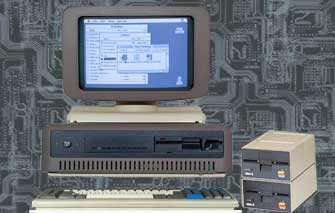 Setting up BAIT – Bringing IT competitors together

Where pints of beer and friendships merged

In late ’80s and early ’90s, IT was all about hardware. Companies that manufactured computer hardware formed an association called MAIT (Manufacturer’s Association of Information Technology). I was then one of the directors of PCL, the company that I had co-founded and it was one of the top 3 hardware companies of India. I was hence an executive council member of MAIT. Usually the big players like WIPRO, HCL ruled the council and discussions done regarding problems, bank loans, how to raise money, how to create the team spirit and so on seemed pretty run of the mill to me. All hardware companies worked on a very slim profit margin then, may be 3-4%. Literally the market was extremely cut-throat. Hence all discussions at MAIT boiled down to extremely professional talks and somehow missed the personal connect.

I had two close friends in Bangalore, Praveen Gandhi and Pradip Kar and after any MAIT meeting, we used to meet at the first-ever pub that had opened in the city. The pub culture was not so rampant in India then, and McDowell’s Beer Pub was the hip and happening place with black dressed waiters and lot of fun. I gave a proposal one day to them, that instead of fighting in such MAIT meetings where we only discussed lopsided statistics, why not form a forum where unlike MAIT, we can meet as friends. And my idea was an instant hit. Thus, started BAIT (Beer Association of Information Technology) where we met at the pub over beer and discussed. Interestingly, the first memorandum of BAIT was written on a napkin taken from the pub. We started off with 11 members, and BAIT became so popular that within 6 months we had more than 65 members. Most of them were owners of hardware companies or CEO s and it was such a relief to discuss in a friendly environment even topics of cut-throat business.

I even brought forward the idea of family meet ups and once or twice we went on vacations with the entire families to places like Mahabaleshwar and other South-Indian tourist spots. We really enjoyed such connect and even on such vacations got a chance to discuss business deals in a stress-free environment. My idea of BAIT helped thus to bring players of the IT industry together, cementing a bond among everyone and friendships even between competitors. We discussed everything, from poaching employees to problems we faced and so on. Gradually BAIT had to be dissolved, primarily after the downturn of Y2K hit the Indian markets and many companies closed down.

It was then that I set up an inner circle of BAIT with 7-10 close friends and members. Incidentally, around 25 years later in 2012-13 P. Kar called me up and we together brought out a fantastic coffee table book on BAIT. That was the connect and that was the success of an IT community that I started decades back.